Mirrorless cameras and DSLRs, which stand for digital single-lens reflex cameras, are the two primary varieties of cameras that are used by professional photographers nowadays.

Both point-and-shoot and digital cameras enable you to capture photographs of high quality; yet, their modes of operation and sets of capabilities and features are distinct from one another.

In this post, we are going to take a more in-depth look at DSLR vs mirrorless cameras, as well as the benefits and drawbacks of each.

By the time this is over, you will have a better understanding of the kind of camera that might be most appropriate for your requirements.

It is essential to keep in mind that each of these sorts of cameras has its own set of benefits as well as drawbacks; the camera that will serve your requirements the best is going to be determined by the way you typically photograph.

Due to the fact that DSLR cameras have been around for a long time and have been established with a broad variety of functions and lens choices, they might be excellent for professional photographers as well as photography hobbyists who wish greater control and adaptability with their cameras.

People that place a high priority on mobility and current features such as superior video capabilities may find that mirrorless cameras, despite their relative youth and the fact that they have a design that is a more compact and advanced technology, are an enticing option.

Digital Single-Lens Reflex cameras, often known as DSLR cameras, are a kind of digital camera that uses a mirror and prism system to reflect light from the lens to the viewfinder.

This provides the photographer with the ability to evaluate the composition of the image before snapping the shot.

Due to their high picture quality, strong performance in low light, and extensive availability of lenses, digital single-lens reflex cameras (DSLRs) are a popular option among professional photographers as well as photography amateurs. If you find a good DSLR read my article 14 best DSLR cameras on a budget.

One of the most significant benefits of DSLR cameras is the quality of their performance in low light. This is because DSLR cameras have image sensors that are far bigger than those found in other kinds of cameras.

As a result, DSLRs are able to collect more light and generate photographs of better quality even when the available light is limited. In addition, digital single-lens reflex cameras often offer a greater ISO range, which gives the photographer more leeway when modifying the camera’s level of light sensitivity.

Another benefit of DSLR cameras is the extensive lens selection that is readily available. Because digital single-lens reflex cameras (DSLRs) employ interchangeable lenses, photographers have the ability to alter the lens they are using depending on the subject matter of the image they are attempting to capture.

This provides photographers with a broad array of possibilities for photographing a variety of settings, ranging from wide-angle vistas to telephoto photos of sports and animals. Photographers have access to a broad array of lenses, allowing them to create a wide range of effects in their photographs. These effects include a small depth of focus, which is ideal for portraiture, and a more expansive, sweeping picture, which is ideal for landscapes.

In comparison to other kinds of cameras, such as mirrorless cameras and point-and-shoot cameras, digital single-lens reflex cameras (DSLR) may be rather cumbersome and cumbersome. The following are some of the most significant drawbacks of DSLR cameras in terms of their dimensions and weights:

It is important to note that the aforementioned drawbacks are of a more general nature and apply to the majority of DSLR cameras. However, the dimensions and weight of a DSLR camera will change depending on the model, and prior to making a purchase, it is critical to take into account the particular applications and types of photography that you will be performing. 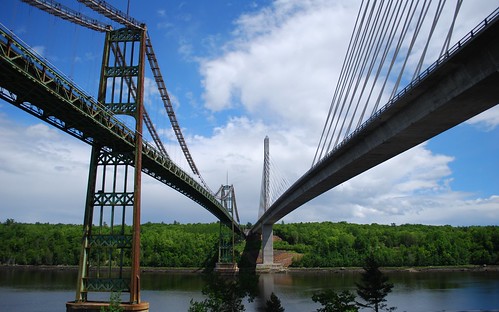 Traditional DSLR (digital single-lens reflex) cameras often feature a mirror and prism system, however, a different kind of digital camera known as a mirrorless camera does not have any of these components.

Mirrorless cameras are digital cameras. Instead, they make use of something called an electronic viewfinder, or EVF, which displays the picture that will ultimately be taken by the sensor in the camera.

This makes it possible to have a camera body that is smaller and more compact, in addition to having quicker focusing and a live display of the settings.

Different benefits of mirrorless cameras include quiet shooting, the flexibility to use lenses built for other camera systems by means of an adapter, and the capacity to employ sophisticated features like focus peaking, which may be used to assist in the process of manually focusing the camera.

When compared to a conventional DSLR camera, a mirrorless camera offers a number of distinct benefits. Some examples of this are as follows:

Using a digital single-lens reflex camera comes with a number of drawbacks, some of which are as follows:

Comparison of DSLR vs Mirrorless Cameras

Both digital single-lens reflex, or DSLR, cameras and mirrorless cameras are kinds of digital cameras; nevertheless, their designs and the functions they perform are distinct from one another.

DSLR cameras are equipped with a mirror and pentaprism system that reflects light from the lens up into the viewfinder. This enables the photographer to see a genuine and accurate depiction of the scene in the viewfinder.

When the photograph is taken, the mirror rotates upwards, exposing the image sensor to light and enabling it to take the picture. Mirrorless cameras are often smaller and lighter, while DSLRs typically provide more sophisticated features such as quicker focusing, more customization choices, and superior battery life. However, DSLRs tend to be bigger and heavier than mirrorless cameras.

On the other hand, digital single-lens reflex cameras (DSLRs) include a pentaprism system that includes a mirror, whereas mirrorless cameras do not. Instead, they make use of something called an electronic viewfinder, or EVF, to preview the picture before it is taken.

Mirrorless cameras are able to be more compact and lighter because of the elimination of the mirror system, and they also provide more versatility since they are compatible with a wider variety of lens mounts. On the other hand, the electronic viewfinder (EVF) may have a slower response time, less realistic color, and may not be as lifelike as the viewfinder on a DSLR.

Mirrorless cameras are often superior to DSLRs while shooting in low-light environments. They also include more sophisticated capabilities, such as the ability to capture 4K video and image stabilization built directly into the camera body.

In conclusion, digital single-lens reflex cameras (DSLRs) and mirrorless cameras are both common alternatives for digital photography; nevertheless, they vary significantly in a number of significant ways that make them more suitable for certain kinds of photography and consumers.

Digital Single Lens Reflex cameras are well-known for their lightning-fast focusing, their comprehensive customization possibilities, and their long battery lives. They also offer a genuine and precise viewfinder, which a lot of photographers feel to be preferable. However, digital single-lens reflex cameras (DSLRs) are heavier and bulkier than their mirrorless counterparts, which makes them less portable.

On the other hand, mirrorless cameras are not only more portable and lightweight, but they also have a wider range of applications since they are compatible with a variety of lens mounts. They also offer more sophisticated capabilities like recording in 4K and having image stabilization built right into the body. However, the electronic viewfinder used in mirrorless cameras may have a slower response time, less accurate color reproduction, and a less accurate portrayal of the scene than traditional viewfinders.

To summarize, digital single-lens reflex cameras (DSLRs) are an excellent option for photographers who place a premium on sophisticated capabilities and speed, whilst mirrorless cameras are the superior option for those who place a premium on mobility and adaptability. Your own requirements and tastes in photography will determine which camera is most suitable for you to use.

Which is better mirrorless vs DSLR?

Because each kind of camera has its own set of benefits and drawbacks, deciding between a mirrorless camera and a DSLR ultimately comes down to a matter of personal taste and the requirements of the job at hand.

It is common for professional photographers to have a preference for either DSLR or mirrorless cameras, depending on the nature of their work and the requirements of their business, but professionals can use both kinds of cameras.

Is mirrorless or DSLR better for beginners?

Both mirrorless and DSLR cameras may be suitable choices for beginners, but a mirrorless camera’s electronic viewfinder and smaller size may make it easier to operate than a DSLR.